I haven't posted in a while, so here is a quick catch-up on the Woodburys: 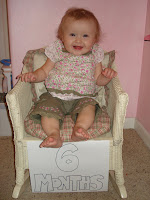 At 6 months old, Caroline weighed 17 lbs. 14 oz. and was 29 inches long. She started solids (scroll down for pics), she was reaching for toys, had gone swimming, grabbed onto things with her mouth, began waking 1-2 times at night (much to my dismay), had tickle spots in er neck and thigh, started pushing up on her hands when on her tummy, blew bubbles and motorboats, played with her toes often, would stick out her tongue and point it, roll it, or babble with it, "da-da-da-da," and "la-la-la-la," copied us as we stuck out or clicked our tongues. All this, but not yet sitting on her own for more than a few seconds. Until... 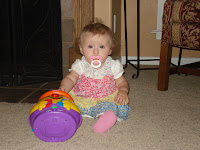 Sittin' Pretty!
On October 1 at exactly 7 months of age, something just "clicked" for her and she sat for amazingly long periods of time. Now she can sit for over an hour just playing happily and watching everything around her. At least until she sees me! But she is still so content! Even to sit calmly in a car dealership for hours while we are van shopping! Yes, she still wakes up at night, but still not as much as her brother and sister did, and she is a great eater. She eats more than her brother and sister ever did, too!
An update on her head: we went to the neurosurgeon and he says she had Positional Plageocephaly. This is just a big word for a flat head. Ever since babies were to be put on their backs to sleep, there has been an increase in this condition. And we all know what a good sleeper Caroline was, spending gobs of time on her back! Not to worry, he doesn't think the bones in her head are closing prematurely- which would require surgery. We go back at the end of this month to double check. 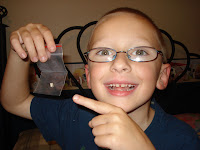 This picture should be entitled, "5+8= Look what I did, Mom!" That's about how it went. Charlie's tooth was loose for a couple days and one morning during addition flashcards, he popped it out with his tongue. It's the left bottom one. He was so excited. It even bled and he didn't get upset! And the toothfairy was kind- a whole dollar!

We have also taken a couple of field trips recently. The first one was to the Museum disctrict at Fair Park. We One of them was the Science Museum. Here are some of the favorites: 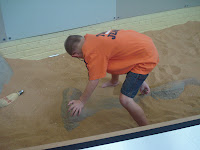 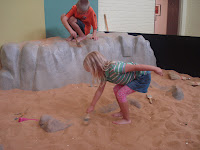 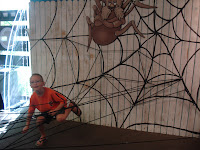 Crawling through a spider web 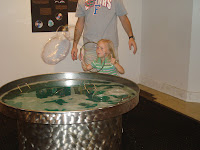 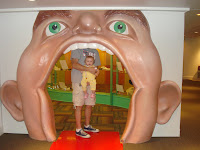 And not to be left out, Caroline in a big mouth!

The next day was the Dallas World Aquarium.`Here are a few of those favorites: 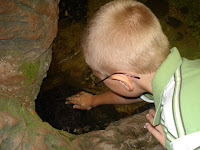 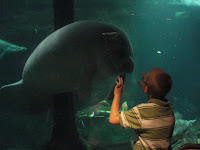 "Talking" with a Manatee 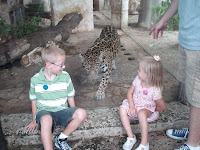 Playing with a Jaguar 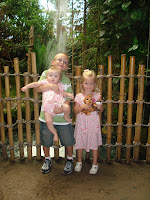 Proof that Caroline was there 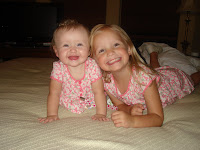 And a Kodak moment back at home!

So there you have it in a nutshell. I'll post about our second field trip- Homeschool Day at the Zoo with our friend Hope- another day. We have been very busy lately and I will try to be more diligent in the future with my posting. Oh, one more thing... 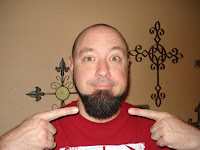 My dear husband has decided to enter the beard contest for our Sesquicentennial celebration in Nocona. He is hoping to go in the "Most Creative" category with the whole Amish look. Until then, we are living with this bushy, wiry, looks-like-things-could-live-in-it mess! You've always wanted me to have an opinion on your facial hair, My Love, and now I do. Next Friday can't come fast enough!!

Posted by Catherine at 3:16 PM